Toward a Quantification of Love FOR ANIMU Part 1: The Re-watchability Ratio

In this series of posts, We Remember Love would like to propose quantitative measures for rating anime in form similar to financial ratios used for evaluating the performance of stocks.

A “Rewatchable Moment” is defined as an extremely enjoyable scene within an anime episode such that the viewer will watch said scene an unusually large number of times.

Ex 1. Mechafetish watches a reasonably enjoyable scene approximately 5 times in one year. A Rewatchable Moment on the other hand is one that he will watch more than 100 times a year.

Ex 2. ghostlightning watches a reasonably enjoyable scene approximately 2 times in one year. A Rewatchable Moment on the other hand is one that he will watch more than 2 times a year.

Its form can be given as follows:

The following are some sample Rewatchability Ratios from yours truly (SPOILERS AHEAD):

2. Episode 1 (Breaking Through to the Surface) 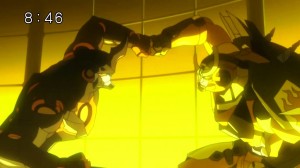 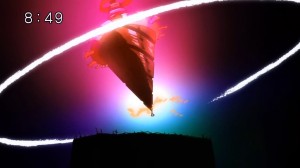 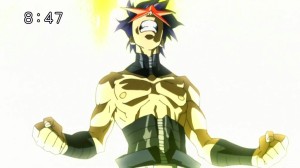 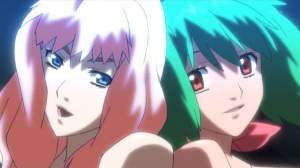 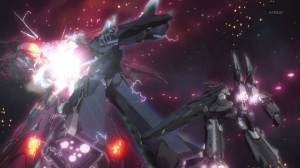 Though, as stated above, the applications of the rewatchability ratio do not lie in terms of its comparability across users (the ratio does not make it possible to control for taste between viewers), the ratio itself does reveal a lot in terms of the utility/enjoyment generation process of a particular user across anime.

As such, by comparing Rewatchability Ratios between anime, insights may be gleaned as to the personal preferences of the user with regard to the directorial styles/scene construction of anime. This can be done by modifying the components of the formula with parameters that narrow down the total number of re-watchable moments. For example:

Issues with the ratio

The Rewatchability Ratio represents the beginning of several attempts we shall undertake to subject our biases and preferences to statistical scrutiny. As such, it is not without possible issues notable of which are the following:

2. Unit of Measure – The use of # of Rewatchable Moments vs. # of Episodes may not be statistically sound because the length of time (minutes/seconds) scenes and episodes take are not equal. As such, we may want to take a look at further refinements to the model in the future.

In any case, it could be a fun and revelatory exercise. At least we think so.

1. Consider your 2 favorite anime, and compute for the rewatchability ratio.

2. Does the result surprise you? Will this influence their standing among your favorites (if you rank them)?

3. Do you tend to watch whole series, certain episodes, or certain moments only?

This entry was posted in analysis, Toward a Quantification of Love and tagged anime, macross frontier, tengen topp gurren lagann, theory. Bookmark the permalink.

13 Responses to Toward a Quantification of Love FOR ANIMU Part 1: The Re-watchability Ratio