Gundam is Much More than the Universal Century, But UC is What I Love

I’m not saying that I don’t like the alternative continuities, far from it. After all, Gundam 00 is my ‘gateway’ Gundam; the first show in the franchise that I really got into after sampling many of its shows from the original Mobile Suit Gundam to Turn A Gundam (It should be noted that of the 7 shows I tried and dropped prior to Gundam 00, only Wing Gundam and Turn A Gundam were not UC shows). 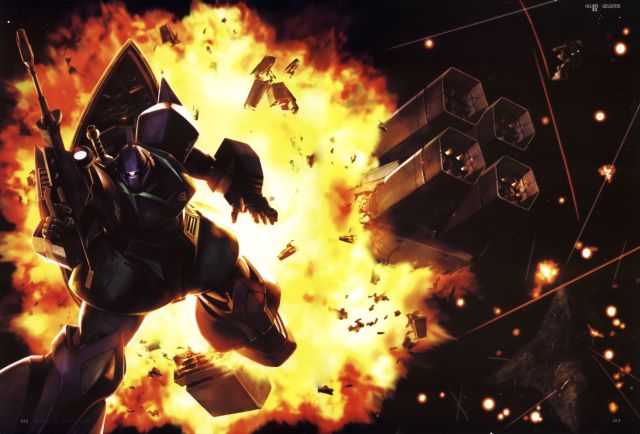 Gundam 00 accomplished something for me that what I believe Gundam SEED did for the current generation of fans: It took the particular romance (not talking about rabu-rabu here) of the original series (which is 30 years old this year) and made it accessible. I don’t have a name for that romance, I just feel that Gundam – while probably will never be as lovable to me the way Macross is – is irresistably intriguing. I’m fascinated with it: not only by the shows themselves, but also the tradition, the history, and its fandom.

I don’t mean that the narrative is intellectually deep, though it can be. What I mean is that what seems to be a simple overarching narrative of a one-year war can yield such a good number of well-told stories. As a science fiction setting there’s much to explore. Daffyd Dyar did a great job in detailing the real science behind the fiction in his awesome site, Mobile Suit Gundam: High Frontier. A warning to Gundam fans, many hours will be lost relishing the work done in these links. 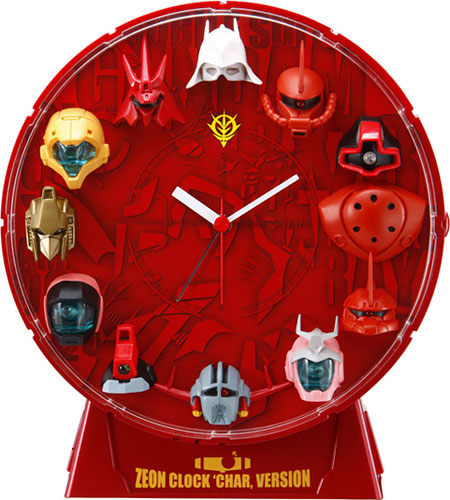 The era of the Zeonic conflicts is a time that I don't get tired of re-visiting. Apparently Sunrise and Bandai are the same.

What do I like about the Universal Century so much? It’s hard to distinguish it except through juxtaposition with the other continuities. I’ll just say that the UC is the source narrative. It is the essence, if you will, of the Gundam metaverse. Superficially,

I specifically made no mention of characters, because interesting characters abound in the metaverse, particularly the copies of Char Azanble, whose appearance in Zeta Gundam is still my favorite turn of his. Same with mecha; though my favorites are mostly from the UC, I don’t believe they do have a monopoly of the best or the most interesting ones.

This is best expressed in this video, which has clips of the ‘romance’ that I’ve found difficult to articulate:

What’s behind my fascination with the 20th century? I really can’t say anything beyond the fact that I grew up in it. I spent my childhood hearing firsthand accounts of World War II stories from my Grandfathers who fought in it, and my Grandmothers who lived through the Japanese occupation of the Philippines. Gundam was never part of my childhood the way Macross is, but its resonance with my own families’ histories make it such an intriguing source of narratives. 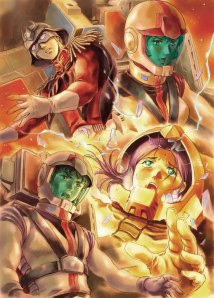 A caveat: I have only really seen the arc of the original narrative. I’ve yet to see a show that follows Char’s Counterattack in the timeline. Thus my view really is more about the Federation vs. Zeon era of the UC. I will get to watching the rest in good time.

As a reference, a list of shows in the UC timeline: (My comments in green)

What’s your favorite Gundam show? What makes it so?

I entered the anime blogging sphere as a lurker around Spring 2008. We Remember Love is my first anime blog. Click here if this is your first time to visit WRL.
View all posts by ghostlightning →
This entry was posted in fanboy, Gundam and tagged gundam. Bookmark the permalink.

20 Responses to Gundam is Much More than the Universal Century, But UC is What I Love