This is not an endorsement of the second and currently airing season of Suzumiya Haruhi no Yuutsu. It doesn’t say here that this show is good, and that anyone is missing out. Rather, I agree with Pontifus when he says [->]

All the weight/meaning in the world means nothing if you find the experience regrettable or a waste.

So I am not apologizing for the currently airing second season of Suzumiya Haruhi no Yuutsu. I will entertain no such folly, never mind the delicious Macross references. What I am saying is that I have pierced the barrier of boredom with my drill of personal enjoyment, and I’ll tell you how I did it. Consider it or not at your leisure. The main problem of the Endless 8 arc is that every episode after the third one is a copy of the same show essentially. The TV format may not even be the ideal way to do it. From the archives I retreive two posts:

Both posts by mechafetish, where he looked into our common behavior of rewatching shows we like. The first post measured a show’s subjective rewatchability ratio. Using the tools in that post, I would give this current season 2/6 (current episode count) = 0.33. This does not account for the recency bias; this ratio, as subjective as it is, may not hold over time with me, since I gave the clearly superior first season a 2/13 = .15 (the one with Lost my music, and Haruhi & Kyon’s preview leading to that episode: “LISTEN TO MY SONG! BOMBAAA!”). The second post, references the idea of eternal recurrence proposed by Friedrich Nietchzche as presented by Milan Kundera in his novel The Unbearable Lightness of Being. Mechafetish says,

This behavior fundamentally alters the way I derive utility from anime I watch. Generally, I tend to have fonder memories of anime that provide me with rewatchable moments simply because I generate more utility per minute due to selective rewatching. For example, I actually love Brain Powered (an anime generally agreed upon to be atrocious) because of exactly 2 moments in the later episodes that I watched more than all the episodes of the entire series combined.

Crappy anime, but with rewatchable moments. I felt that I was onto something here. There was almost this independentutility in rewatching a particular moment that is distinguished from the show, but not apart from it. The context is still decisive in appreciating such moments, but this enjoyment does influence one’s affinity for the show that made them. So this comprises the first part of the premise of my enjoying Endless 8. The second part is very much related, otou-san put it thusly,

Re-watching anime, like any visual entertainment, can give you new perspective on it just from the plain and simple value of seeing things again. We tend to see plot, character development, and visuals the first time around (and considering anime means watching with subtitles for most of us, even the visuals can be secondary at times). But that second viewing can reveal details of reference, symbolism, and detail. If you only watched The Holy Mountain or, yeah I’ll say it, FLCL just once, you missed something.

—otou-san, Welcome Back or: what color are your glasses now?

While never close to insane levels of rewatching the way mechafetish does, I rewatch anime and reread manga a lot. And yes, I often feel that I discover new things every time I see the same show again.

The way I ended up enjoying Endless 8 episodes 4, 5, and 6 is that I related to them as rewatch adventures for episode 3.

But episode 3 was just a few weeks ago, it’s too soon for an appreciative (as opposed to a data-mining for articles) rewatch. Yes, that is true. It was a solid wall that would’ve stopped my enjoyment frozen. But it didn’t. It was a wall? I smashed right through it. The difference is, that there are definite, obvious, subtle and new things to discover, not only because I missed them the first time, but rather there were changes by design.

Maybe this only works because I don’t have the best short-term memory, maybe I find the episodes interesting because I skipped chunks of it. I’m not the biggest fan of Suzumiya Haruhi no Yuutsu, but I like it; and I wasn’t enjoying myself at all watching the same episode over and over again. Until, I realized how often I do this for singular episodes of other shows (list does not include the constant rotation of random episodes from the Macross franchise):

Now, I’m not saying the Endless 8 recursion of the 3rd episode deserves a place on this list, but as for the episode itself – there was much to enjoy within it. It’s the recursion that bothered me, not the content it is based on. So basically, I found a way to enjoy this (and it’s not like I’m jumping up and down screaming how awesome it is, that happened in episode 02 during Kyon’s ‘Kakizaki Requiem’ with matching Itano Circus). 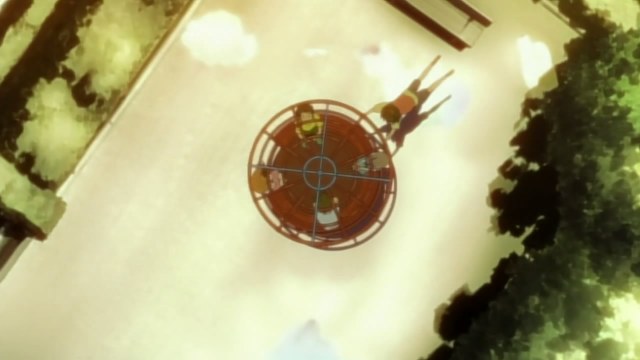 So this is how I inadvertently found myself enjoying episode 06 after I thought I’d given up after episode 05. Take this as you will. I just happen to think that ‘who enjoys, wins.’

I entered the anime blogging sphere as a lurker around Spring 2008. We Remember Love is my first anime blog. Click here if this is your first time to visit WRL.
View all posts by ghostlightning →
This entry was posted in analysis, fanboy, moments in anime and tagged endless eight, eternal recurrence, mechafetish, suzumiya haruhi, suzumiya haruhi no yuutsu, the unbearable lightness of being. Bookmark the permalink.

39 Responses to Still Enjoying Endless Eight (Yeah I went there)