How to Date an Idol

So you want to date an idol? The Macross franchise has the idols of mass destruction/galactic salvation (tier/class); and, it would be instructive I feel to see how they were wooed. I submit the examples who are at or close to the peak of their popularity: Sheryl Nome of Macross Frontier, and Lynn Minmay of Macross: Do You Remember Love?

We shall learn through the examples of the pilots who became their boyfriends how the all-important first date went down.

A note about idol selection

Sheryl circa episode 05 (Star Date) is the most similar to DYRL‘s Lynn Minmay. Ranka is most similar to how Lynn Minmay of the SDF Macross TV series started out. Mylene Jenius had complications of parental meddling that to me do not yield instructive results (outside of: let the idol’s mother fix you up with her). Myung Fang Lone failed as an idol, and Sharon Apple is completely virtual. Given these considerations I selected Sheryl and the Minmay in DYRL. 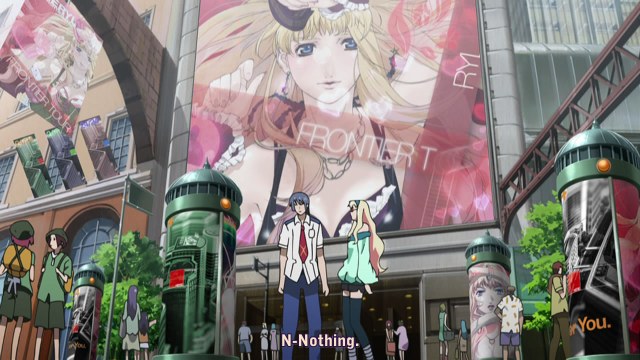 Dating an idol in 2059: Alto Saotome and Sheryl Nome

The Macross Frontier episode pays homage to the date of Ichijyo Hikaru and Lynn Minmay in DYRL, a fictionalization of events 40 years in the past. We will note that there are many differences in the actual dates.

Dating an idol in 2009: Ichijyo Hikaru and Lynn Minmay

There are important differences in the two examples. In Macross Frontier the date was done during the day to fulfill its narrative role as a device to explore the world, to feature the world-builiding aspects in general, and into some detail. In DYRL the date is primarily to establish the romance between two of the three leads, after their initial dramatic meeting. I find it interesting how there are different levels of chastity and naughtiness in different parts of the date proper, though both have a relatively high level of fanservice.

But enough Macross commentary. I hope you learned something about how to date an idol today. Remember, it helps if you’re a (variable) fighter pilot! It helps a lot! In any case, which of the two dates went better in your opinion?

If you want advice about women in general, Commander Roy Focker has a short message for you.

I or any of the writers who can be read here in We Remember Love do not necessarily hold, or endorse the viewpoints and policy of Commander Roy Focker. That is all.

I entered the anime blogging sphere as a lurker around Spring 2008. We Remember Love is my first anime blog. Click here if this is your first time to visit WRL.
View all posts by ghostlightning →
This entry was posted in comparative, fanboy, for the lulz, Macross Frontier and tagged macross, macross frontier, Macross: Do You Remember Love?, wrlmf09. Bookmark the permalink.

37 Responses to How to Date an Idol