Moments of 2009: It Takes an Otaku (Onani Master Kurosawa Chapter 25)

Posted on December 31, 2009 by ghostlightning

This would’ve been a usual scene in Onani Master Kurosawa. What’s different here is Nagaoka (dude with the afro and the thick eyebrows) is for some reason having trouble asking Kurosawa to stretch with him. Also, this is different (for me at least) in that I cried like a silly boy by the end of this chapter. This scene happened after several awesome plot turns: First: In the previous chapter, Kurosawa was confronted by his homeroom teacher, who up until then seemed like a worthless, pathetic kind of character. In him our thoughts on how to value Kurosawa’s decision to come clean is given a voice:

However, I value your courage. You chose the road paved with thorns.

I didn’t expect Kurosawa to admit to his crimes, much less do so in such a courageous and public manner. I also didn’t expect this teacher to be this kind of person — in a way, he reassures us readers how people like him, who may be the actual future of people like us — are actually capable of holding admirable values. Second: Kurosawa just told Kitahara that he’s ending his ‘daily activity,’ and that he doesn’t hate her — that she’s not a worthless person. Here he made a powerful stand to not just accept or deal with the consequences of their actions (without implicating her!), but he used the words endure. Very GAR.

Yes I am very GAR for Kurosawa at this point, if I wasn’t already in the previous chapters. And yet, what matters to me most is how it sets up, or gives context to the awesomeness that follows: 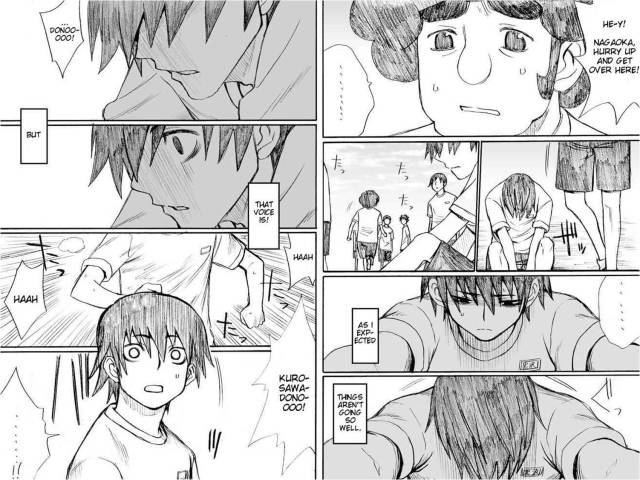 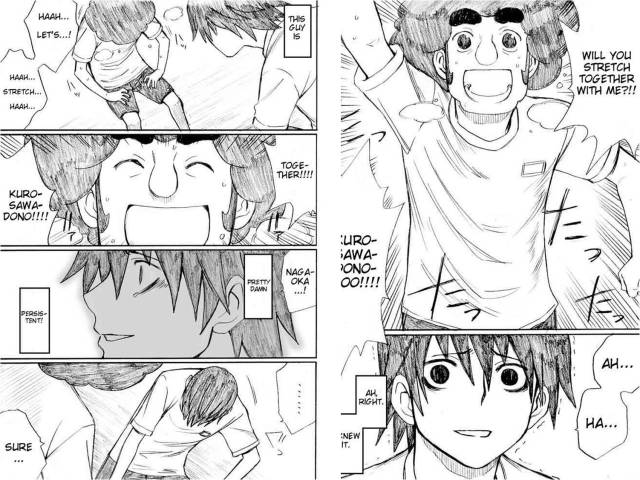 What I find so special about this moment is how in this manga, the redemption isn’t monopolized by Kurosawa himself. Perhaps Nagaoka never needed redemption because he never really did anything bad — only that it’s easy to dislike him not only because Kurosawa finds him annoying — but readers did too, given the shock they had when Takigawa… Magister, became his girlfriend while we were all expecting; led on even, that she’ll end up with Kurosawa himself. He’s very interesting in that it was as if he was meant to be disliked, while being a mirror to the reader — not everyone can or does relate to Kurosawa.

Now I find it difficult to imagine for readers not to respect Nagaoka. If there were impressions that his being outgoing — particularly his reaching out to Kurosawa was superficial, it’s gone after this. What we see is the capacity of someone to forgive. And there was much to forgive!

Let us look beyond the fact that Takigawa is Nagaoka’s girlfriend. Let us look beyond the nature of the offense. Nagaoka had always been friendly to Kurosawa. He went out of his way to include him in whatever he thought was interesting to do, because he actually thought Kurosawa was okay. He didn’t feel sorry for Kurosawa, mind you. I don’t think Nagaoka felt sorry for himself, or for anyone. And yet, he saw in Kurosawa fellowship. He too, was like them in that other people didn’t think much of them — or that they were uncomfortable with ‘normal’ people. Nagaoka being an anime otaku was just a particular really — it wasn’t an important distinguisher, only a vehicle for the manga to provide fanservice for otaku.

And yet I doubt that Nagaoka became a popular character because of this. In any case, I present that Nagaoka — since he actually invested in cultivating a friendship with Kurosawa, was the only real person who felt betrayed — perhaps as much if not more than Takigawa. He had only given Kurosawa friendship, and Kurosawa treated him with contempt. And yes, he was able to forgive this much.

This moment: Nagaoka reaching out despite everything, and Kurosawa’s vow never to relinquish his relationship ever again is my most favorite moment in the whole thing.  What’s yours?

I love this post that distinguishes OMK as a narrative of one-sided relationships in the cases of Kurosawa x Takigawa, then Kitahara x Nagaoka (transientem 2009/08/08)

A contextualization of OMK into the human tradition, as a journey from an immature solipsism to grace (2DT 2009/08/14)

I entered the anime blogging sphere as a lurker around Spring 2008. We Remember Love is my first anime blog. Click here if this is your first time to visit WRL.
View all posts by ghostlightning →
This entry was posted in moments of 2009 and tagged onani master kurosawa. Bookmark the permalink.

35 Responses to Moments of 2009: It Takes an Otaku (Onani Master Kurosawa Chapter 25)