I went on a Plamo run in Tokyo, the ‘wackiest’ city in Asia. I know this because I watch a lot of anime and read a lot of manga. I also read a lot of related blogs written by people who’ve visited it. However, visiting Tokyo in the summer of 2009 is a strange experience. I was warned that a huge earthquake will hit it, but luckily I haven’t felt anything as little as a shudder.

I was closing the door of my hotel room when a bandaged arm jammed itself from outside. I thought to myself, that’s got to hurt! But the arm continued to come between the door and the latch, and let the person attached to it in.

It was a rather attractive young girl with short hair. 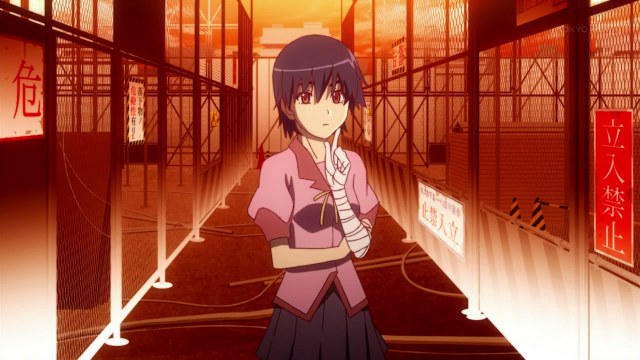 “Excuse me, sorry to bother you but I was chasing this elementary school girl…”

Why would you think that I’d have an elementary school girl in my hotel room?

The teenager, nonplussed in her school uniform with its short skirt that showed her athletic spats from underneath it said, “She was really cute” as if it explained everything.

Um, can I look at your arm for a moment? That must have hurt and the bandages are coming off… I made a start to get a closer look at the arm when the girl rather forcefully swatted my hands away.

Gosh, I’m sorry I didn’t mean to touch you. I mean that was rather inappropriate of me. Oh my good lord  you have FUR ON YOUR ARM!

I didn’t even notice how my hands were hurting due to the force of her defense. Her left arm was covered in thick fur.

“The Monkey’s out of the bag now” She undid her bandages and rolled them up as if she’d be using them again.

I have a first aid kit here, or at least this hotel room should have one. Have a seat.

“Your chairs are full of shopping bags, you here on a shopping tour?”

Oh just sit on the bed then.

I took out the first aid kit and sat down on the floor next to her. I wasn’t any good at bandaging at all, but she didn’t complain at how I kept on fumbling it. Instead we ended up talking at length.

Are you chasing your sister or cousin or something?

“Nah I just thought she was real cute and I wanted to buy her juice or something.”

Ahhhah, are you… into younger girls?

“No I like older ones too. I think I love one older one, a sempai, the most. Too bad she doesn’t feel the same way, but I’m over her.”

Uh, ok. You don’t have to say any more if you don’t want to. Frankly I’m getting distracted and further embarrassing myself trying to bandage your um, arm.

Suddenly, this rather confident looking girl seemed like she was choking down sobs. She looked down and I couldn’t see her eyes, and then she started telling me this remarkable and very strange story…

So you’re telling me that this young fella risked his life to save you because he wants you to get along with his girlfriend again, who was and is the object of your love? 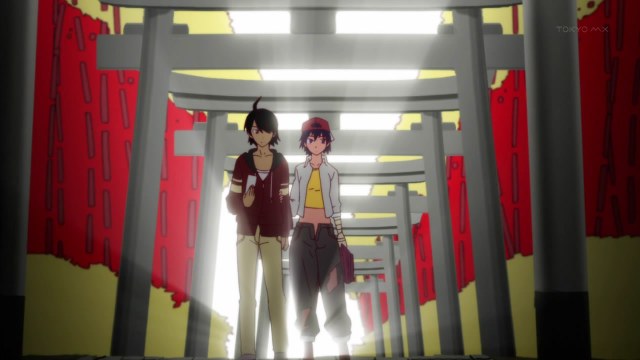 That’s quite fucked up. Sorry, I didn’t mean to judge you. But it’s rather him that I don’t get.

“He’s an odd one, sure. But he’s a good person to the very core. I think it’s why she loves him the way she does. I don’t think I’ve ever seen her devoted to anyone at all the way she is to him now. It kinda stings too.”

I thought you said you were over it.

“As much as I think someone can get over something, yes. Do you ever get completely over someone who doesn‘t love you back the way you want her to?”

Well sweetheart, I suppose you never do.

I almost completely forget about doing her bandages properly and proceeded to fuck it up some more. I look outside the hotel room window and see the city lights, and the cars on the road with their eerie uniformity. Something didn’t feel right. Something tells me I should end this conversation soon.

But I never tried to be friends with her boyfriend, you know.

A total lie. Inauthenticity feels like shit, but I’m playing it this way.

“I suppose you’re right. But I really want them both to be happy. I really do.”

Yeah I don’t doubt you. It’s just that I think it’ll be harder to convince yourself of that the longer you hang around both of them,

when they’re together or as individuals. The last thing you want is when both of them start telling you their problems with each other.

Think about it. That’s going to suck.

“Why? What’s the problem with that? Won’t that mean that I’m valued and important?”

True that. However do you really want to get off on how unhappy she is with him? Or how he’s fucking things up with her? And before you know it, how they move forward as a couple has too much to do with you. Is that what you want?

But that’s how you got this furry arm in the first place didn’t you?

“I think I’ve heard enough mister. I’m going to leave now. Thank you for offering to bandage me up, though you really suck at it.”

She expertly wraps herself up with the bandages, then stands up and leaves without shutting the door. I really wanted to wish her well, but somehow I couldn’t say it. I really should go home. I’ve overspent on mecha anime merchandise in this trip and I got responsibilities to return to back in Manila.

I entered the anime blogging sphere as a lurker around Spring 2008. We Remember Love is my first anime blog. Click here if this is your first time to visit WRL.
View all posts by ghostlightning →
This entry was posted in Bakemonogatari, Dialogues, showing a bit of character and tagged bakemonogatari, suruga kanbaru, the animated adventures of ghostlightning. Bookmark the permalink.

4 Responses to Monkeying Around in Tokyo Hotel Rooms: Bakemogatari Style