Posted on December 2, 2010 by ghostlightning

The world of Kino no Tabi is not a world of real people. It is a world of ideas, where characters who look like people inhabit it to give the ideas motion, to have them play out. Kino’s role is to have us discover them through her travels, and to have a neutral standpoint by which we can contrast the ideas with.

It’s a highly cerebral work, that this final episode (TV series) attempt to provide a heart, beyond wistful sentiment. I am not certain whether it succeeds for me. 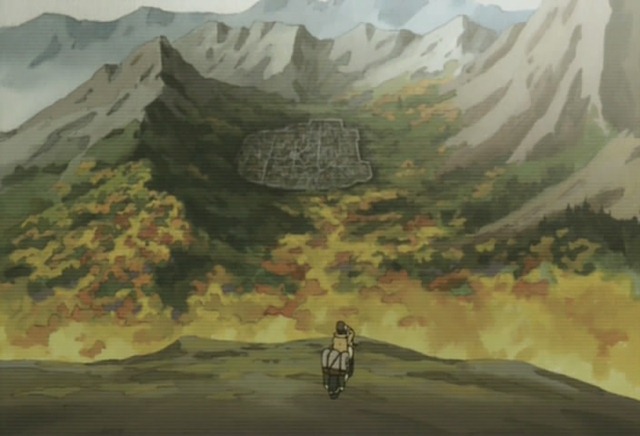 It’s quite a simple story this time. A country is rumored to be hostile to travelers, making it a very curious destination for Kino to visit. She stays her requisite 3 days and finds it the kindest and most generous land she ever visited.

It turns out that the inhabitants were refugees who finally settled here, and would not move even though volcanic activity has doomed them. They are committed to live out their final three days freely and without fear; without regret or rage against their fate.

Also, their final collective wish is to change their reputation of hostility to travelers. They succeeded greatly, though it did seem strange that their rule was to usher Kino out after 3 days, not permitting her to stay despite how welcome they made her feel.

She was sent away with safety tips, food, and souvenirs.

Kino leaves, and the next day the country is no more.

There are a lot of cool touches:

The gunsmith, being a seller of weapons, refuses to do business until um, persuaded. (Shameful, terrible pun) But even if he doesn’t find out from Kino  what he wants to hear, he gives her his own piece. This too, is part of the collective attempt to change the legacy.

Sakura is like Kino, who instead of resisting a destiny of managing her parents’ hotel, revels in it. She would have been a traveler the way Kino became, but she chose to stay. She too, knew that it meant death.

This is all meaningless.

I’m not talking only of the moot issue of Sakura coming along, since Hermes made it clear he can’t give both of them a ride. The legacy of the town cannot be changed by only one traveler, though I think it’s great that they committed to it anyway.

I still wonder who documented Kino’s Journey. Is it Hermes? I don’t think he can write, though it may be so that he cannot forget. It’s the only way I can imagine these tales reaching readers, not only within the Beautiful World but also us, the 4th-wall audience.

What is the point of the diversity in the world?

So what if it’s beautiful?

Who learns what? Towards what purpose? 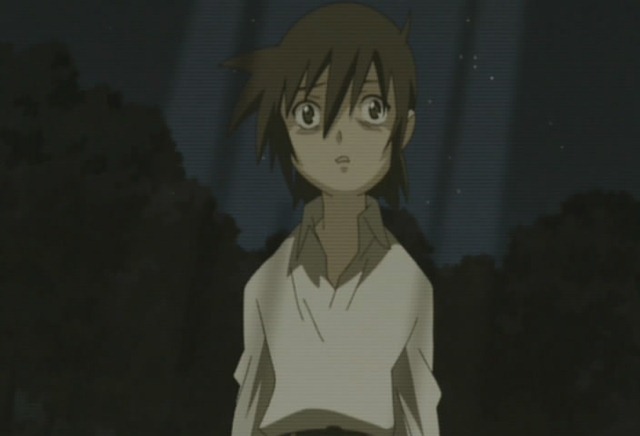 Beyond all this, there are many things about this world of ideas that don’t quite work.

For this Beautiful World to “work” the countries must be ridiculously isolated. Countries in conflict or in trade with each other, are insular n their groups. This is the only way they can achieve such varying cultures, economies, and technologies.

That said, some countries are highly literate, implying geographical scholarship inside such large libraries. For the most part, the world is fragmented and insular despite the lack of ethnic diversity (European/Caucasian for the most part, but there is a China in the middle of all this).

That said, Kino reaches them all by land. That is, from a single tank of gas (to and from each destination). Maps exist, Kino at least used one for part of her travels. This could well be compared to Continental Europe, where countries are analogous to cities or towns and their immediate countryside.

In any case, the high technology in some states are problematic to reconcile with the insularity of most of the countries.

Do I think this is a Beautiful World? I would say no, until I make more sense with the world-building aspect of this piece of science fiction, that it’s more than just a conceit to string together social ideas, some of which can be provocative.

I entered the anime blogging sphere as a lurker around Spring 2008. We Remember Love is my first anime blog. Click here if this is your first time to visit WRL.
View all posts by ghostlightning →
This entry was posted in Kino no Tabi and tagged kino no tabi, kino's journey. Bookmark the permalink.