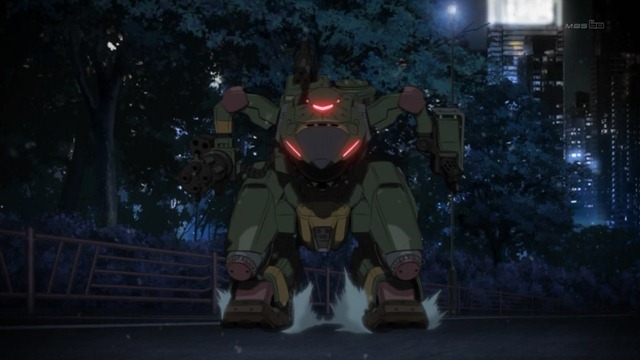 We’re fond of our categories, genres, and divisions as arbitrary as they sometimes get (perhaps because it is so that we like them so much). Thus we make distinctions between super robot shows and real robot shows, which leads me to distinguish between “super samurai shows” and “real samurai shows” to divide the swordfight anime I also love. Tiger and Bunny tempts me to make a distinction between “Super superhero shows” and “real superhero shows.”

Why? It’s because Tiger and Bunny after 6 episodes seem to respect physical rules and limitations (it’s more say, Kick Ass than it is Scott Pilgrim, though in spirit it’s more Iron Man or Thor than it is The Dark Knight). Powers have time limits, some powers are weaker than technology-based weapons, heroes aren’t blessed with overwhelming do-it-all powers, etc. If I were to make a robot anime analogy, Tiger and Bunny is more like Universal Century Gundam, than it is Alternative Universe Gundam. Take for example, 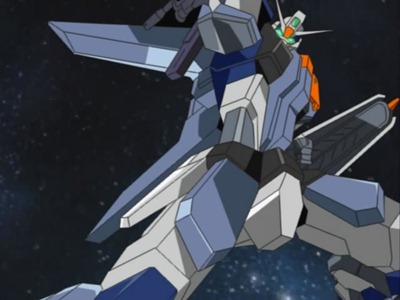 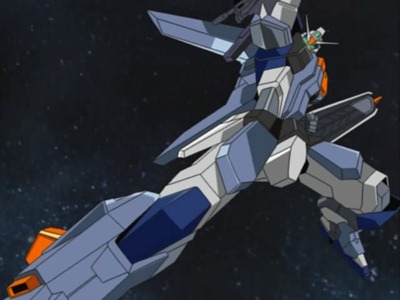 the style in Mobile Suit Gundam SEED, wherein the “hero” robots will stylishly pose before, during, and after they fire a weapon (which almost always hit). Often these are punctuated by dialogue: moral lectures from the heroes, taunts from villains. In Tiger and Bunny dialogue during action is used for comic effect, showing for the most part how ineffective the current attacks are. Blue Rose’s pre/post-move spiel often gets cut off by enemy responsiveness. Wild Tiger, as a running joke, never gets to even finish one.

But this is minor. In episode 06 Tiger and Bunny actually put out a piloted mecha that’d totally be at home in Armored Trooper VOTOMS, and Code Geass (or interestingly enough, Battletech). However, it cleaved to the real robot sensibilities of the former. What’s even more impressive is how it looked so good for TV anime, relative to the two recent shows Case Irvine, and VOTOMS Finder.

It used weapons, moved as fast and as agile as one could imagine for such a machine. When it was damaged, it stayed damaged. The verisimilitude was such that I found it satisfying how piloted mecha would work with and/or against Appleseed-type powered armor. Aside from Macross’ Variable Fighters whose size can’t shrink due to the aircraft they’re based on (and the Zentraedi they’re built to fight against), it’s increasingly even more difficult to justify 18 meter tall units in the real-robot setting. Even Gundam’s Universal Century started shrinking their mobile suits from F91 onwards (post-Gundam Unicorn). 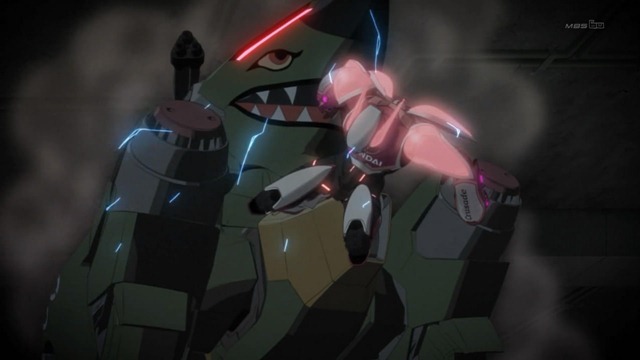 I think powered armor units do give problems by being smaller targets, while the larger, tank-like mecha become easier targets for the powered armor units. If both units carry the same tank-busting weapons, then the piloted mecha are in a distinct disadvantage. I don’t see this as a discussion of obsolescence, but rather I see the sense in depicting more combined arms combat. We see little of this in robot anime, as the conceits involve having the robots make the non-robot units obsolete or just significantly less relevant.

Then again, however… the robot shows that could use it most are at times more superhero-like than Tiger and Bunny.

I entered the anime blogging sphere as a lurker around Spring 2008. We Remember Love is my first anime blog. Click here if this is your first time to visit WRL.
View all posts by ghostlightning →
This entry was posted in comparative, Tiger and Bunny and tagged mobile suit gundam seed, tiger and bunny, VOTOMS. Bookmark the permalink.