The Ascent into Hell: Infinite Ryvius & School Days (yeah you heard me)

Posted on September 7, 2011 by ghostlightning 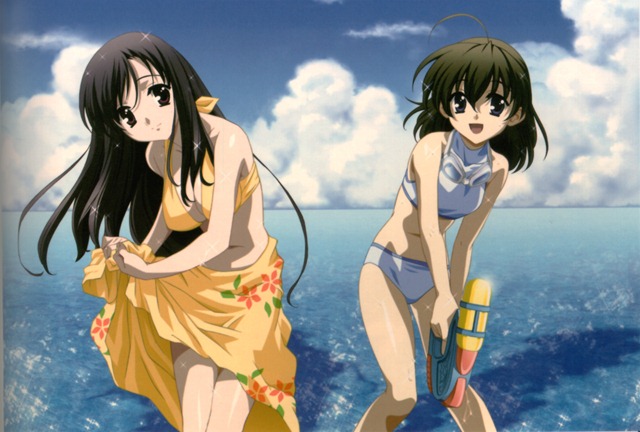 What made School Days interesting it plotted and presented how such a world will operate with rational consequences – provided that the main character will fulfill the desire of the gamer: fuck everyone. As such, the often bland main character type inevitably manifests a morally repugnant personality, and the pursuit of sex with all willing females results in a stew of betrayals and duplicity. Now add to this how at least some of the female characters are written as characters just enough to go beyond game objectives, and we are treated to a palpable sense of pain and remorse.

But gamer’s got to game, all for the fappy ending(s). And here School Days gave a grand show. I won’t say any more, for those who haven’t seen this anime. The episodes leading up to the ending I certainly feel a sense of being in a fictional contrivance that aspires to a depiction of hell. After all, hell is other people. 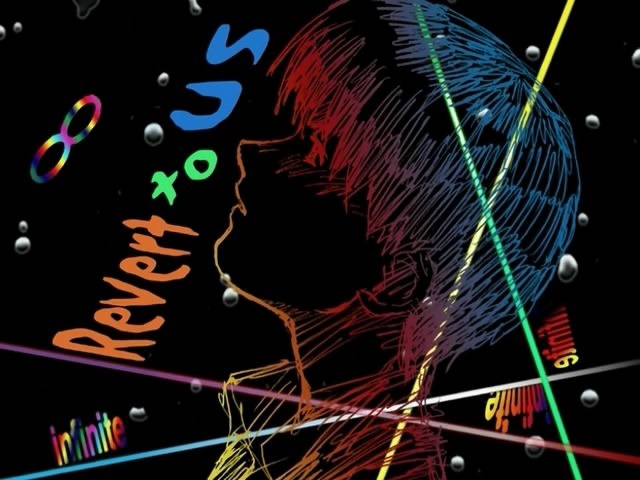 This is precisely why I juxtapose the longer and more complex Infinite Ryvius, a science fiction anime set in space wherein the solar system is facing a quite far off (not within the characters’ lifetimes) but imminent apocalypse. If School Days is simple in its elegance of constructing hell, Infinite Ryvius is complex and elegant. Here I will discuss how it achieves this without divulging spoilers – which I believe will make enjoying this show impossible. It’s not going to be easy, but I must do what I can. I can only ask for forgiveness if I have mentioned a plot event that spoils you for this show. Onwards!

Infinite Ryvius is a directorial work of Taniguchi Goro – I’ve seen at least two other of his shows: the superlative Planetes and the wildly enjoyable Code Geass. I pretty much watched this show (26 episodes) over 3 or 4 days. I have not experienced a show with such heart-stopping intensity sustained for a 15-episode stretch at some point. It also bears noting how this anime provided one of the most satisfying denouements I’ve seen in the TV format. I’d remember a lot more love for other shows such as Star Driver if they follow this example. 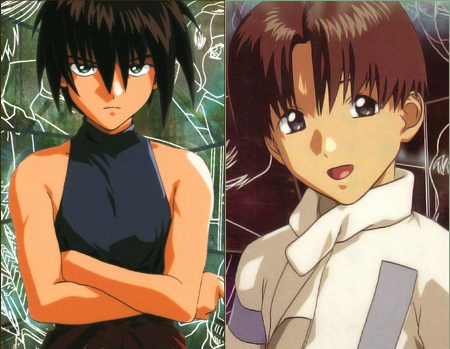 They will be tested, and they will fail terribly. And this isn’t the kind of show that only punishes characters with a slap on the wrist, a blush of embarrassment, a few choice words from their peers… no. This show punishes with shame, guilt, because people will suffer pain, privation, loss of dignity and integrity as a fallout of each other’s decisions. The eye of your enemy, your comrade, your lover, are all stark fluorescent lights exposing everything ugly about you. And yes, people die. 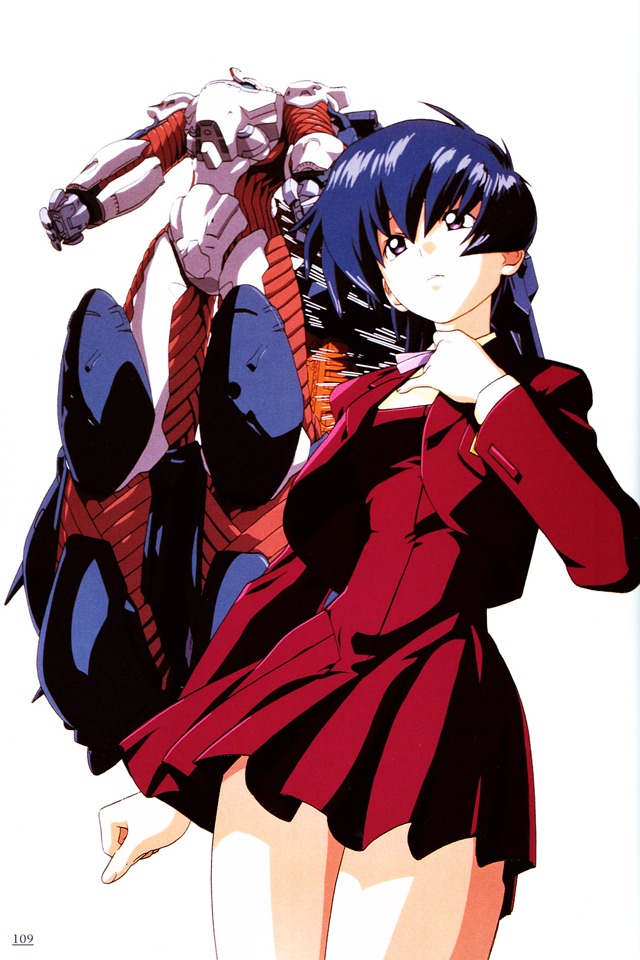 And this means teenagers. The extreme setting brings close to 500 teenagers adrift in space without any adult supervision. Comparisons with William Golding’s Lord of the Flies are apt, given how the Ryvius (space vessel) at least at first would seem a kind of paradise similar to the island amidst a nuclear war in Golding’s novel. Similar to the novel is how “innocents” left to themselves will devolve into savagery despite and/or because of the resources available to them. There are many parallels that can be read as references, from the alien entity that functions as the living nerve center of the ship – analogous to the “Lord of the Flies” itself (and an offering to the beasts that hunt them), to the attempts at self-governance.

But this is anime, and as such I happily compare it with its peers. A frequent observation (or complaint, from some viewers) in science fiction anime (especially warfare and robot shows) is how everything important are in the hands of the teenagers. Mobile Suit Gundam’s White Base is a ship of teenagers after all. But Infinite Ryvius does more than just remember love for Golding and Tomino. It gives the construct a terrible scale, and quite troubling consequences to watch. 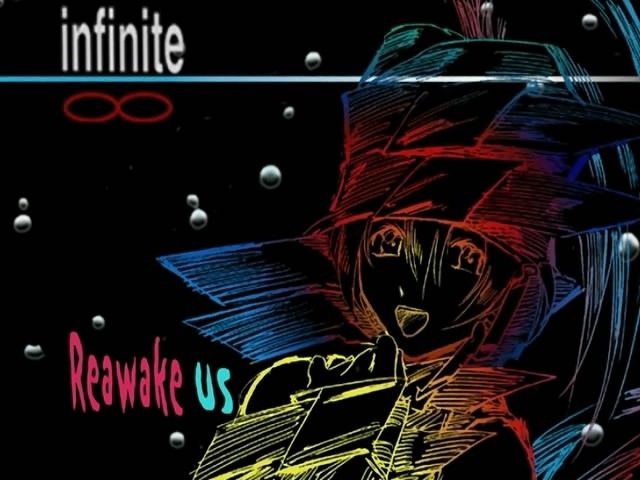 Yes, it is indeed quite terrible to watch children treat each other the way we see them in Infinite Ryvius. It does remind me of Neon Genesis Evangelion (“I mustn’t look away”) but again, on a terrible scale. The cast of Eva had adults failing with them (which is a different kind of tragedy, but one can often count on adults failing children in anime). These kids only had each other, and that was their hell.

It is breathtaking to watch.

(I can also talk a lot about the space warfare and the portrayal of giant robots in this show, but I’ll do that in the comments).

I entered the anime blogging sphere as a lurker around Spring 2008. We Remember Love is my first anime blog. Click here if this is your first time to visit WRL.
View all posts by ghostlightning →
This entry was posted in comparative and tagged Infinite Ryvius, School Days, Taniguchi Goro. Bookmark the permalink.

73 Responses to The Ascent into Hell: Infinite Ryvius & School Days (yeah you heard me)