Posted on December 17, 2011 by ghostlightning 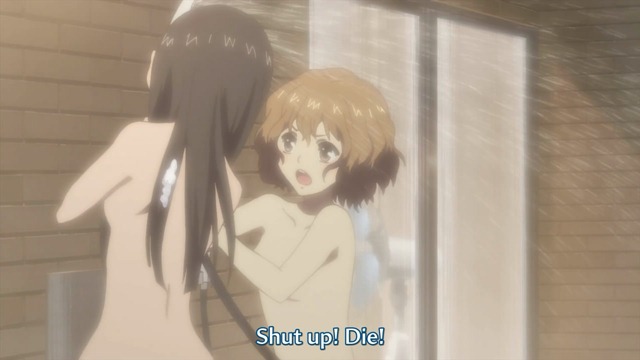 [Fourth Moment: Madoka’s Mom Tells It How it Is]

Girls, moé, nudity, in that order so it seems. Growing up around an extended family that is outright matriarchal (think Summer Wars) I had no problems orbiting around a female locus of power in my life. I held my female friends, acquaintances, teachers, colleagues, and superiors in high regard and gender never got in the way in my relating and working with them.

I reallize though that I have some difficulty reading literature written by female authors. It’s not a crippling difficulty, given that I’ve read a fair amount (Bronte, Lammott, Zimmer-Bradley, Weis, Le Guin, McCullough, Allende, Alvarez, Rowling, Esquivel, as well as a number of poets). I even watched my fare share of chick flicks (Meg Ryan films, Sandra Bullock films, etc.) without outright hating them. But after a decade or so, I couldn’t anymore… not the books (4 years ago I bought the complete works of Jane Austen… they’re still in their plastic wrapping), not the films, not the TV shows. I don’t really know why, but the only media I can stand written in a female voice is shoujo manga and anime.

And it’s not like I consume lots of it, and a significant amount of it have strong male creators taking part  anyway (Revolutionary Girl Utena)… just like Hanasaku Iroha. With its generous helping of male-oriented fanservice, I can swim in its estrogen ocean. 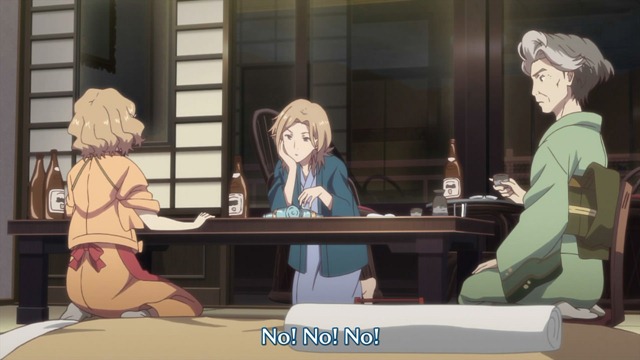 On this night of domestic violence
You all sit around the table and revel
At all your similarities;
The vanity and narcissisms forgiven
But not necessarily each other.
This too, is love?

I entered the anime blogging sphere as a lurker around Spring 2008. We Remember Love is my first anime blog. Click here if this is your first time to visit WRL.
View all posts by ghostlightning →
This entry was posted in Hanasaku Iroha, moments of 2011 and tagged Hanasaku Iroha. Bookmark the permalink.

29 Responses to 12 Moments in Anime 2011: Hanasaku Iroha and How to Make Boys Watch Cheesy Chick Media