The Greatest Time To Be a Gundam Fan 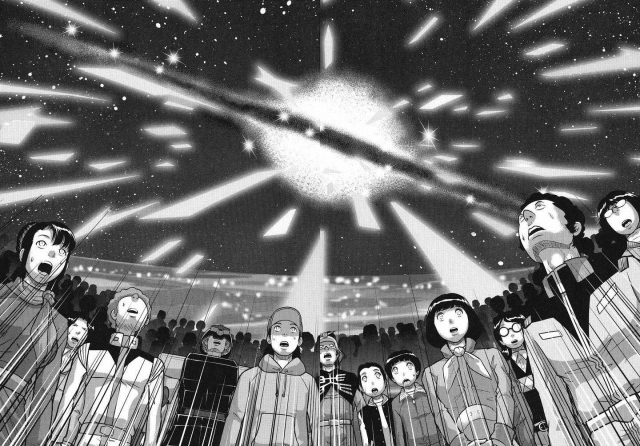 I am not wrong about this.

Sure, I missed the first Newtype flashes of 1979, the Encounters in Space back when the Original Movie Trilogy aired. I even missed the greatest TV anime in the franchise: Mobile Suit Z Gundam. I missed the entirety of the glory days of Tomino. More than that, I missed out on Char’s Counterattack when it brought the curtains down on the Zeonic struggle.

It doesn’t end there. I missed out on the glory days of the Gundam OVA. The OVAs were the first acts of remembering love. New stories covering old battles, these shows made the Universal Century better than it was – making it gritty and looking amazing while doing so. Gone were the goofiness and here to stay is the older, more adult-friendly seriousness that characterized War in The Pocket, Stardust Memory, and The 08th MS Team. The ‘90s were such that there was almost a Gundam release every year. It was amazing.

But the ‘90s also brought with it wild changes to the cocktail. The Alternative Universe material came, heralded by G and Wing. Both would find massive if not massively loyal international fanbases. Gundam had gone global. The decade would end with what would be Tomino’s return after the hideous Victory, and what arguably is the most different, yet the show that remembers the most love for the franchise itself: Turn A Gundam. I think it is only second to Z itself in terms of being the most satisfying Gundam show made for television. It was an end of things, because Gundam would turn to shit for the next decade.

Even the OVAs sucked. The Igloo sub-franchise re-tread the One Year War in ugly CG. Sure there were interesting bits, and the sequel had excellent battles, but on the whole it was ugly and overfetishized the Nazi aesthetic; not to mention the shinigami nonsense in the sequel.

I haven’t seen everything. I’ve yet to suffer through Endless Waltz, and Gundam X for beyond five episodes (as well as Astray), but I’ve watched G-Saviour. Yes, it exists, and it’s better than the whole of the SEED franchise.

The aughts are over, and Gundam is almost 33 years old, but it’s as good as it’s ever been. It’s because of 2 things:

Mobile Suit Gundam Unicorn is a throwback to the ‘90s UC side stories. As a capstone show for Gundam’s 30th Anniversary, it’s an editorial on the whole saga. The thing is so dense, rich – both in terms of narrative content and in production values/craftsmanship. It’s how I’ve wanted to see mobile suit battles without having to watch Char and Amuro again and again in CCA.

Gundam the Origin affirms my belief that the franchise is committed to satisfying its core fans – the Universal Century fans that grew old (yes, 10 year olds in 1979 would be in their 40s now) with the franchise. Unicorn was one thing, but this is an entirely different beast of awesomeness. A 21st century production of the original story – I can’t think of anything more satisfying.

But the real news is Mobile Suit Gundam AGE. Almost halfway through the 4-cour show, it’s revealed itself as a premiere “Gateway” show. It’s an awesome way for kids to get into the whole thing. It doesn’t do anything new. This isn’t the game to play, not with Gundam anyway. What it’s brilliant at is how it managed to make Gundam fresh. Expectations are upended on every turn. Whenever I think it’s going one way (except the truly obvious) it goes another, awesome way.

When TV Gundam is this good, it’s really a treat, because it means a whole year of goodness. One whole year of anticipation and excitement every week. A few nights ago I inadvertently caught the finale of Gundam 00 second season on TV and was just dumbstruck at how superior AGE is in almost every way (except production values). I am enjoying a new Gundam episode every week for the last 24 weeks now… and over the next 6 months I’ll still have Gundam to look forward to. And THEN there’s at least one Unicorn episode coming out this year.

I think things like this are once in a decade kind of goodness. For those of you who haven’t given AGE a chance, catch up. I’ll be here every week. Times like this are meant to be shared by us devoted fans.

77 Responses to The Greatest Time To Be a Gundam Fan