There is no I in Team But There Sure is One in Samurai: Muv Luv Alternative Total Eclipse Episode 05 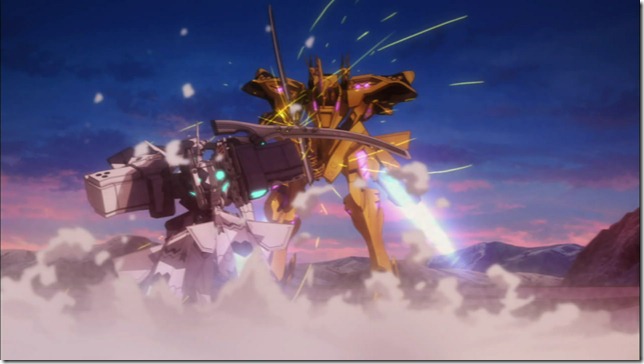 Yui is a fucking liar. She admits to Yuuya being made of sex in a TSF. Oh well, it was fun while it lasted.

Yui is a fucking goddess in a TSF. Her piloting skills are excellent and the fight was very well done. Though predictably, she gets beaten by Yuuya.

More bullshit ideology that messes up the logic of fighting, but I won’t mind too much. With Gundam AGE failing at robot battles, and E7AO not very interested in robot battles in the first place, this show becomes more important.

YOKOMEN-UCHI KAITEN NAGE!!! FUCK YEAH AIKI-JUTSU!!! I swear this move alone is worth watching the whole series so far. This is just brilliant.

This is the problem I see: The required performance is for coordinated combined arms fighting. This is what’s required of humans to beat the BETA. Instead, we are caught between the national dick-waving between Japan and the United States. BOTH are demanding individualist, virtuoso performances from their fighters. The samurai is a duelist. Japanese fencing requires wide spaces for its circular movements. It is not the way of massed infantry formations: the most successful of which relied on coordinated spear work in most cases, and shield work in the case of the Roman Legions. 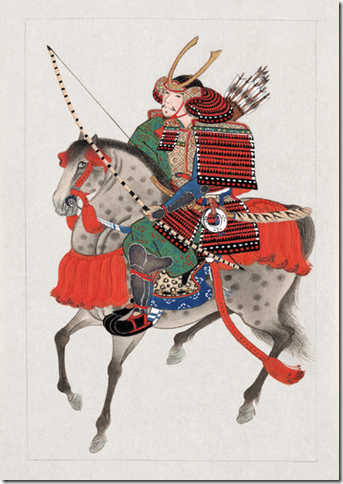 The Japanese mounted fighter relied primarily on archery, but focused on precision rather than massed volleys then controlled group movements as did the Mongols. The rider and the horse are one, perhaps. But the Mongols… the riders, horses, ALL fought as one. The knightly mounted charge didn’t so much as fight as plowed through infantry, reassembled, then charged anew.

The Japanese way of fighting, at least the one that is glorified, is that of the duel. Either one against one, or one against many. It is rooted in the individual, who displays how he is the strongest. Spears are for infantry, who are peasants. The samurai warrior class are duelists and destroyers of multiple infantry units.

This is precisely how Yui fought. This betrays everything that Muv Luv tries to establish as the prevalent and necessary means of fighting.

Not very difficult to forgive, because it’s really fun to watch.

I entered the anime blogging sphere as a lurker around Spring 2008. We Remember Love is my first anime blog. Click here if this is your first time to visit WRL.
View all posts by ghostlightning →
This entry was posted in Muv Luv and tagged Muv Luv Alternative Total Eclipse. Muv Luv. Bookmark the permalink.

68 Responses to There is no I in Team But There Sure is One in Samurai: Muv Luv Alternative Total Eclipse Episode 05