The Illusion of Intellectual Property in Jinrui 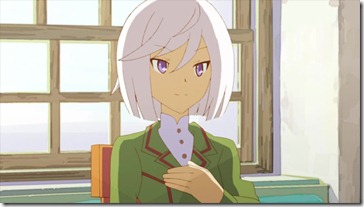 A surprising hit this season is the series Humanity has Declined (Jinrui wa suitai shimashita, or “Jinrui” for short). This series makes a satirical parody of many things  in our modern lives. In episode 3, we find the story digging up media from the past, and in doing so, the writer makes jabs at manga industry, and indirectly, the idea of intellectual property, and by proxy, copyright. And as a foreign cartoon blogger, this a great opportunity to scratch the surface on this topic. 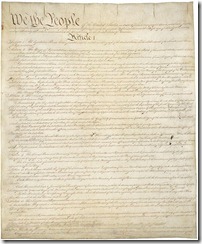 To promote the Progress of Science and useful Arts, by securing for limited Times to Authors and Inventors the exclusive Right to their respective Writings and Discoveries.

Under the Copyright Act of 1790, U.S. copyright is established a copyright term of 14 years, with the ability to gain a renewal of 14 additional years. In the context of that time in history, 14 years would provide an author to develop his work, publish it, and distribute, and game what profit he could from it. The Act did not regulate certain types of writings, such as musical compositions or newspapers, and did specifically note that it did not prohibit copying the works of foreign authors.

Historically, the United States recognized no absolute, natural right in an author to prevent others from copying or otherwise exploiting his/her work. U.S. courts have interpreted this clause of the Constitution to say that the ultimate purpose of copyrights is to encourage the production of creative works for the public benefit, and that therefore the interests of the public are primary over the interests of the author when the two conflict. These rulings have since been formalized into fair use laws and decisions. Certain attempts by copyright owners to restrict uses beyond the rights provided for by copyright law may also subject them to the copyright misuse doctrine, preventing enforcement against infringers.

But as we all know, the American court system,  and  lobbying action by big business in the legislative process has drastically changed copyright law since 1970. The “Limited Times” is now equivalent to anywhere between 95 and 150 years before a copyrighted work becomes public domain. In addition, works that were previously in the public domain were, in some opinions criminally, removed from the public domain by greedy people incorrectly claiming ownership.

The biggest loser in all of this is the Public. As works are removed from the public domain, the art and knowledge contained in these creations is kept from the public, preventing it’s dissemination and absorption for the betterment of society. Furthermore, derivative works based on these creations are targeted as “infringement”, denying the public it’s right to fair use. In the end, society loses as it’s creative drive is hampered through criminalization of the creative process.

So, after all that, what does this have to do with Jinrui? Mediator has a friend named Y. Y is supposed to be working a project to assemble and store the current wealth of human knowledge for future generations. But while exploring a mansion, comes across copy and printing machines, and trove of digital media. And what is on this digital media? a treasure trove of Yaoi manga. Y becomes so infatuated with it, that uses the printing and copying machines to not only print what is on the media, but to create new works. They freely hand these works out, distributing them as far as the trucks will take them. The manzine era has arrived!

But the unthinkable happens! As the manga gets more and more popular, the readers begin to create their own derivative works, in direct competition to Y. She can’t believe it! She believes that what she thought was her “intellectual property” is being infringed upon by others. What Y fails to realize is that her work has inspired derivative works. The derivative works, while following the same format of the original, contain new characters story. While what makes her specific story unique is copyrighted, the generic format of the story, and the concept of man-love is not protected. What is she to do?

Mediator sets Y straight. There is no way she can stop these new copies from being produced. Nor should she. As the original, she should strive to produce a better work. By producing a higher quality product, she can maintain her dominance in the market. Since there is no cost associated with the product, those that produce the best product have the best chance of succeeding. And Y does exactly that. She produces her best work yet, making her famous

As someone who hates the current state of copyright law, I find the purposeful jab made in Episode 3 to a be a subtle jab at the very industry that produces this show. The impact of the copyright cartels, with their licensing schemes, “windows”, and geographical zones on this show mean that it will probably only see a limited physical distribution in Japan, and a barely adequate digital stream as the show airs.  And as someone who blogs about a foreign cartoon by acquiring it through less that legitimate means, copyright is always in the back of my mind. I’ve already received my first DMCA notice last year, for a lousy cute girls doing stupid shit OVA that I didn’t like anyway.

Terrible copyright laws, combined with ancient business practices hurt us a consumer as well. This summer brings another season of anime and manga oriented conventions. During each convention, we anxiously await the announcement of regional releases, hoping that our favorite show will get it’s chance to shine where we live. But it seems like the excuse used to hold this back is “we just wont sell enough discs to make this profitable.” Why must one form of copyrighted work determine whether a show is successful?

As long as these entertainment business cling to their old ways, and latch on to an outdated form of protection, will we as the consumer be neglected from not only seeing these works (legally), but also experience their due derivatives, parodies, and remixes. And the infringement that the business so fight against will continue without abatement.

-Growing Older, but never growing up. Father, engineer, and all around nerd. Grew up watching the great american cartoons of the 80's, now a casual watcher of Japanese Anime.
View all posts by JoeAnimated →
This entry was posted in analysis, meta and tagged Copyright, Jinrui. Bookmark the permalink.

6 Responses to The Illusion of Intellectual Property in Jinrui