We Remember Love Says Goodbye, and Thank You For All The Memories

Posted on October 13, 2012 by ghostlightning

This was easier than I thought.

I fought the idea hard, but acknowledged the following things:

I don’t mean to be glib about this at all. The rest of my post is dedicated to the blog I started with Mechafetish; nurtured by so many friends and contributors I met online through this hobby; and invigorated by so much discussion from fans of anime and manga that I feel so lucky to engage through this space.

I mentioned that I was working on a more detailed post for Mobile Suit Gundam AGE as a whole; and I did have a post in mind that would say what I feel were important things about the anime I love beyond Gundam, I chose to not do it anymore. I no longer had the energy – and perhaps the chops to pull it off. I felt it took a lot of skill and effort to re-state things I said in other posts in a powerful and entertaining way. I just have to consider this as one of the many failures of the We Remember Love project.

I intended to see Mobile Suit Gundam Unicorn through, matching each episode with a flurry of blog posts. I will no longer do so.

Lastly, this is for those who shared with me shows, manga, music they liked or loved – for failing to take up their invitations to watch, read, and listen to these pieces. For these people, who thought my experience would be enriched by these titles, my apologies; especially if you hoped that I would make blog posts about them.

No excuses, only my apologies.

Secondly, a few thanks.

There ought to be many thanks – I know this to be true and I do remember all of you whom I owe. I will only mention a few directly. I will thank these not for friendship, and camaraderie – if I followed that road there will be way too many people to mention here. I acknowledge these for their contribution to my craft of anime blog post making.

First of all, Mechafetish – from whom I found vigor and renewed voraciousness for all things anime from around 2006; and particularly for introducing me to Gunbuster, Tengen Toppa Gurren Lagann, and perhaps most importantly my initially reluctant and belligerent but now retardedly awesome love for everything Gundam. From our many conversations about anime, he came up with the best name for an anime blog: “We Remember Love” (right up there with “The Mistakes of Youth”).

Secondly, The Animanachronism. He is my first blogging idol. From him I valued substantive content.

Thirdly, otou-san; while I knew I could write with verve and dramatic flourish, from him I valued dry humor without cheap snark (not that I totally abstained from indulging in such every now and then) and possibilities in content development and presentation. From the slide shows to the panels of talking heads – all these I did based on his stuff.

Fourthly, Digibro; from whom I learned the value of working fast and intensely on incredibly big blog posts.

Finally, LBrevis for telling me to “write the damn blog post myself” when I asked her to write something about Cowboy Bebop on October 13, 2008. I did, and “Hard Luck Woman” became the first blog post on WRL.

Now, some milestones over these four years.

I won’t get into specifics, but I wrote over 700 blog posts in WRL and other places. WRL itself has over 700 posts from many different contributors but most notably JoeAnimated who truly came into his own as a blogger of WRL. This place is his house too, and I speak for him here when I say he’s very thankful for all you readers and commenters who joined him in Mysterious Girl X, and Eureka SeveN Astral Ocean. ; which in no fault of his, will no longer feature in WRL. You can follow his blog posts at Anime Audiolog.

With his content, as well as a few dozen collaborators and contributors over the years, WRL’s pages were viewed well over 2,000,000 times, with over 1,000 subscribers via RSS, WordPress, and email. There are over 25,000 comments; half of which are responses by WRL authors (mostly me) and backlinks to previous posts. Still, that’s a lot of discussion, especially considering the number of words per comment is something I haven’t taken into account.

While I don’t think of these as internet-shattering achievements, I am not one to take them for granted as well. I put in a great amount of effort for WRL and I love it that I and perhaps the other contributors feel even a fraction of the gratification I felt over the years, and most especially now.

Then, I want to bring your attention to posts and/or post series that I particularly favor. Why? Partly because I’m proud of them, partly because I find them trivially interesting, and partly because they accomplish something I may or may not set out to do so. I will organize them chronologically as best I could. 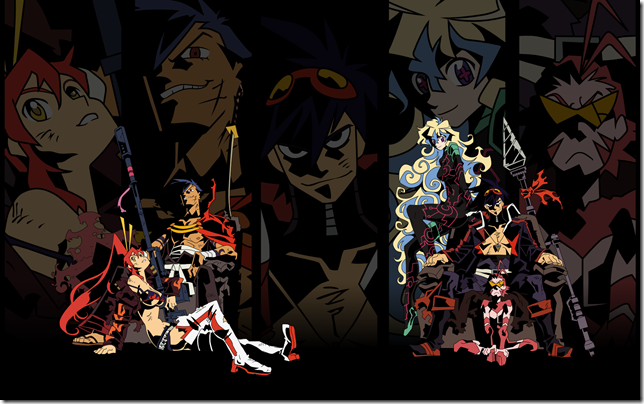 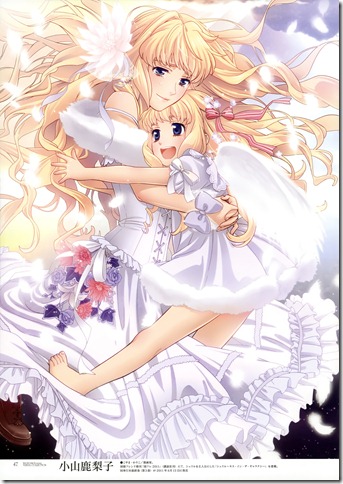 So here we are at the end of things. I won’t shut down the blog, as I may find myself wanting to respond to comments as they sometimes come years after the publication of a certain post. But for all intents and purposes, We Remember Love ends its four-year run.

I need to make one thing clear. The only thing I am certain of is that this is a farewell to WRL. I am not going away, albeit I may participate far less, watch less shows, be less available over chat/twitter, etc. If ever I do make blog posts about anime again, it will not be on We Remember Love. This place, to me, rightly or wrongly, represents a kind of consistency and quality that I would like to remember as an achievement, and not piss away with the tentative steps of possible returns.

Thank you all to the contributors, comrades, collaborators; thank you to all the regular, sometimes, and passerby readers; and thank you to all who’ve left comments here on We Remember Love.

“Belonging is the very best thing there is.” – Faye Valentine

I entered the anime blogging sphere as a lurker around Spring 2008. We Remember Love is my first anime blog. Click here if this is your first time to visit WRL.
View all posts by ghostlightning →
This entry was posted in how to remember love and tagged we remember love. Bookmark the permalink.

122 Responses to We Remember Love Says Goodbye, and Thank You For All The Memories