The Afterlife in Dragon Ball Kai: an Introduction

I’ve never finished watching Dragon Ball Z back in the 90s, so I relished the opportunity to follow the narrative through Dragon Ball Kai. I’ve never read much about the franchise the same way I’ve done for Macross and Gundam, so I’m pretty much viewing the show with somewhat fresh eyes.

When I first saw it in the early 90s, the first thing that really grabbed my attention is how Goku got killed very early on. This is no great disaster since the Dragon Balls grant wishes, and will be gathered in a quest arc to revive Goku. Now when Goku enters the afterlife, a few interesting things grabbed my attention.

My background and upbringing is Roman Catholic, so imagine my surprise that St. Peter was a giant horned demon. This guy decided whether you go to heaven or hell. Goku had an advocate in the form of  Kami, who’s this guardian being (who looks like an alien related to Piccolo). Kami advocated that Goku be allowed to train under this great guardian being called Kaio-Sama, who’s supposed to be some king of strong martial artist.

The plea was a comic scene, so it isn’t really a profound presentation on why Goku should be allowed to train under Kaio. However, Great King Enma agrees. And gives him permission to travel to Kaio’s domain, which is at the end of the 1,000,000 kilometer long Snake Road.

An interesting part of the whole exchange is that Kami reveals that there is only one person to have made it to Kaio Sama’s, and that is Great King Enma. This recounting pleases the giant’s vanity. I found him very interesting, so I looked Enma up [->]. There’s isn’t much, so I’ll just put it here:

Enma (閻魔 ?) is the Japanese name for Yama, the ruler of the underworld in Buddhist mythology. He is often referred to as “Great King Enma” (閻魔大王 Enma-daiō?). In both ancient and modern times, Enma is portrayed as a large man with a scowling red face, bulging eyes and a long beard. He wears traditional robes and a crown on his head that usually bears the kanji 王, which stands for “king.”

Saimyō-ji is a temple with a statue depicting Enma with a laughing face.

Dragon Ball exaggerates this and gives him a decidedly comical feel, which even with his potential for rage — he comes off as a fun and light character consistent with the tone of the series. So Goku is given permission to run the Snake Road, which was in hindsight, the first training arc (a story arc wholly devoted to characters undergoing training)  that I’ve ever witnessed. 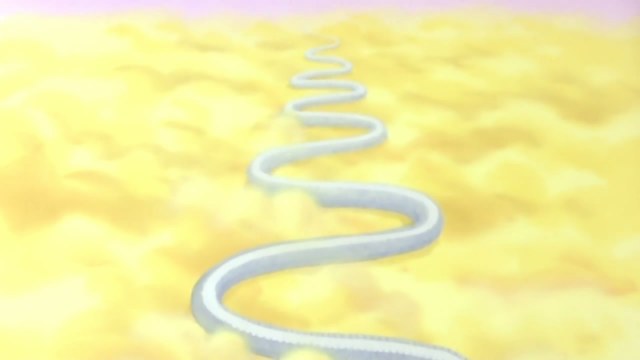 One thing about the Snake Road that I find interesting is that to fall over it’s edges leads to a one-way trip to hell. What? I can appreciate the involvement of risk and sanction built into the training and development system but hell|ultimate and absolute punishment is absurd! I’m not disparageing the show, just exploring its world.

What could be the possible moral or ethical basis of building such a risk in the system?

None. The abovementioned are neither moral nor ethical bases. They are management considerations to keep the system efficient. Anyone who takes this on is automatically bad ass.

So it is perhaps an amoral system, merely interested in producing the strongest possible fighter. Lord Enma succeeded, and his approval of Kami’s endorsement of Goku wasn’t on moral grounds. It was quite arbitrary — he found Goku interesting, that’s all. Being amoral however, I still am quite disturbed by the consequence of failure.

First, what is being punished? Is failure a consequence of immoral behavior? I don’t think it is. Second, the intention to undertake the training is not immoral. If so, this can be screened by Lord Enma himself to prevent the powering up of evildoers.

Hell is the ultimate punishment for immoral beings. I wonder why it’s being used here to admonish the merely brave or stupid.

I entered the anime blogging sphere as a lurker around Spring 2008. We Remember Love is my first anime blog. Click here if this is your first time to visit WRL.
View all posts by ghostlightning →
This entry was posted in analysis and tagged dragon ball kai, dragon ball z. Bookmark the permalink.

33 Responses to The Afterlife in Dragon Ball Kai: an Introduction